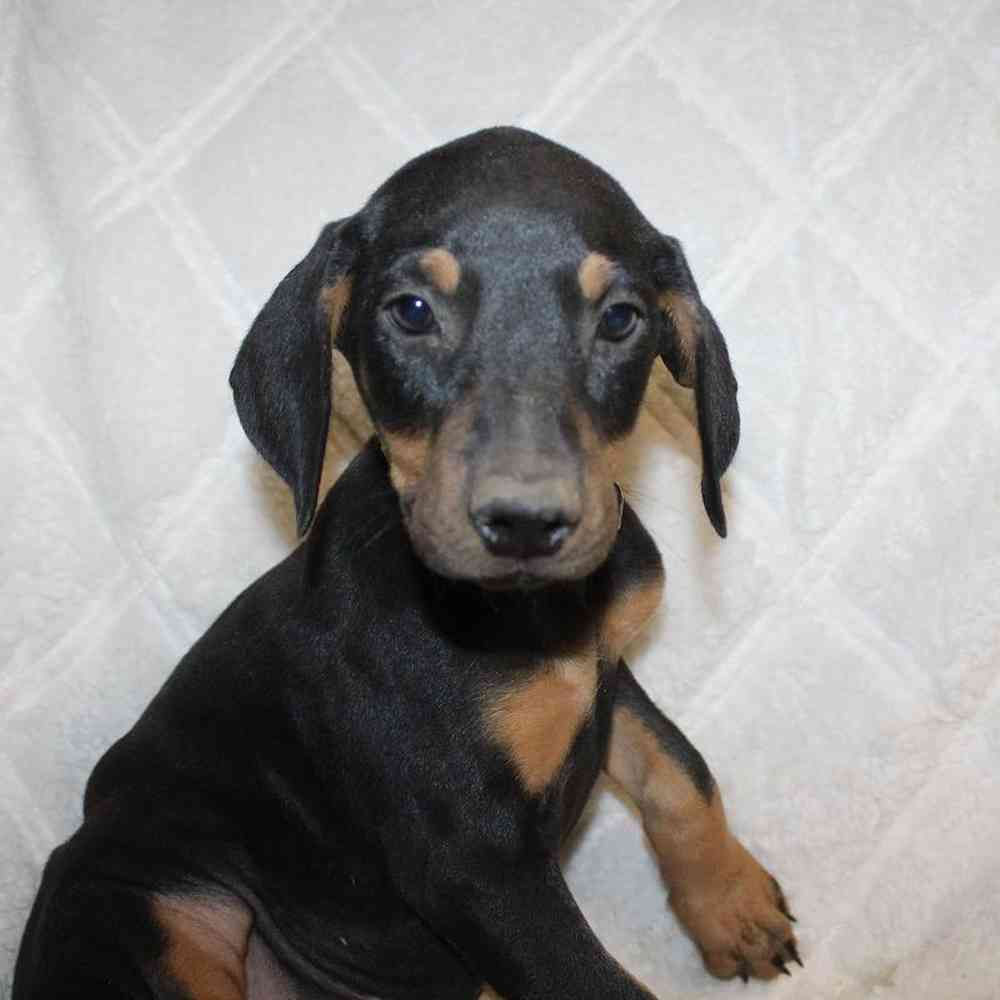 Sleek and powerful, possessing both a magnificent physique and keen intelligence, the Doberman Pinscher is one of dogkind's noblemen. This incomparably fearless and vigilant breed stands proudly among the world's finest protection dogs.

The Doberman Pinscher has a life expectancy of 12-14 years. This breed is also prone to skin issues, bloat, hip dysplasia, cardiomyopathy, and wobbler’s syndrome.

The Doberman Pinscher has a reputation of being an aggressive breed, which is not true. They are an excellent guard dog, but also very sweet and gentle making great therapy dogs. Owners who do not use humane and consistent leadership rules run the risk of this breed becoming pushy and belligerent. Inadequate socialization when young will result in a wary and nervous Doberman. With superb strength and stamina, this dog is an energetic athlete needing vigorous daily exercise; lack of it will result in behavior issues. The Doberman Pinscher is tolerant, affectionate and loyal with family members, resolute and confident when working, intelligent and easy to train.

Very active. Requires a daily brisk walk combined with running in the yard.

Grooming Requirements:   Short, thick coat requiring occasional brushing and home bathing.  Coat: Short, flat thick coat, the Doberman Pinscher is also very sensitive to cold temperatures.  Shedding: Average shedding  Hypoallergenic: No, due to shedding  Apartment Living: Suitable for an apartment only if given intense daily exercise with plenty of running, off leash, in an open area.  Lap Dog: No  Good With Children: Does best with older children and only when raised together from puppyhood.  Good With Other Pets: Generally friendly with other dogs and pets when introduced properly.

The appearance is that of a dog of medium size, with a body that is square. Compactly built, muscular and powerful, for great endurance and speed. Elegant in appearance, of proud carriage, reflecting great nobility and temperament. Energetic, watchful, determined, alert, fearless, loyal and obedient.

Height at the withers: Dogs 26 to 28 inches, ideal about 27½ inches; Bitches 24 to 26 inches, ideal about 25½ inches. The height, measured vertically from the ground to the highest point of the withers, equalling the length measured horizontally from the forechest to the rear projection of the upper thigh. Length of head, neck and legs in proportion to length and depth of body.

Long and dry, resembling a blunt wedge in both frontal and profile views. When seen from the front, the head widens gradually toward the base of the ears in a practically unbroken line. Eyes almond shaped, moderately deep set, with vigorous, energetic expression. Iris, of uniform color, ranging from medium to darkest brown in black dogs; in reds, blues, and fawns the color of the iris blends with that of the markings, the darkest shade being preferable in every case. Ears normally cropped and carried erect. The upper attachment of the ear, when held erect, is on a level with the top of the skull. Top of skull flat, turning with slight stop to bridge of muzzle, with muzzle line extending parallel to top line of skull. Cheeks flat and muscular. Nose solid black on black dogs, dark brown on red ones, dark gray on blue ones, dark tan on fawns. Lips lying close to jaws. Jaws full and powerful, well filled under the eyes. Teeth strongly developed and white. Lower incisors upright and touching inside of upper incisors a true scissors bite. 42 correctly placed teeth, 22 in the lower, 20 in the upper jaw. Distemper teeth shall not be penalized. Disqualifying Faults: Overshot more than 3/16 of an inch. Undershot more than 1/8 of an inch. Four or more missing teeth.

Neck proudly carried, well muscled and dry. Well arched, with nape of neck widening gradually toward body. Length of neck proportioned to body and head. Withers pronounced and forming the highest point of the body. Back short, firm, of sufficient width, and muscular at the loins, extending in a straight line from withers to the slightly rounded croup. Chest broad with forechest well defined. Ribs well sprung from the spine, but flattened in lower end to permit elbow clearance. Brisket reaching deep to the elbow. Belly well tucked up, extending in a curved line from the brisket. Loins wide and muscled. Hips broad and in proportion to body, breadth of hips being approximately equal to breadth of body at rib cage and shoulders. Tail docked at approximately second joint, appears to be a continuation of the spine, and is carried only slightly above the horizontal when the dog is alert.

Shoulder Blade - sloping forward and downward at a 45-degree angle to the ground meets the upper arm at an angle of 90 degrees. Length of shoulder blade and upper arm are equal. Height from elbow to withers approximately equals height from ground to elbow. Legs seen from front and side, perfectly straight and parallel to each other from elbow to pastern; muscled and sinewy, with heavy bone. In normal pose and when gaiting, the elbows lie close to the brisket. Pasterns firm and almost perpendicular to the ground. Dewclaws may be removed. Feet well arched, compact, and catlike, turning neither in nor out.

The angulation of the hindquarters balances that of the forequarters. Hip Bone falls away from spinal column at an angle of about 30 degrees, producing a slightly rounded, well filled-out croup. Upper Shanks at right angles to the hip bones, are long, wide, and well muscled on both sides of thigh, with clearly defined stifles. Upper and lower shanks are of equal length. While the dog is at rest, hock to heel is perpendicular to the ground. Viewed from the rear, the legs are straight, parallel to each other, and wide enough apart to fit in with a properly built body. Dewclaws, if any, are generally removed. Cat feet as on front legs, turning neither in nor out.

Allowed Colors: Black, red, blue, and fawn (Isabella). Markings: Rust, sharply defined, appearing above each eye and on muzzle, throat and forechest, on all legs and feet, and below tail. White patch on chest, not exceeding ½ square inch, permissible. Disqualifying Fault: Dogs not of an allowed color.

Free, balanced, and vigorous, with good reach in the forequarters and good driving power in the hindquarters. When trotting, there is strong rear-action drive. Each rear leg moves in line with the foreleg on the same side. Rear and front legs are thrown neither in nor out. Back remains strong and firm. When moving at a fast trot, a properly built dog will single-track.

The foregoing description is that of the ideal Doberman Pinscher. Any deviation from the above described dog must be penalized to the extent of the deviation.

Dobermans are compactly built dogs—muscular, fast, and powerful—standing between 24 to 28 inches at the shoulder. The body is sleek but substantial, and is covered with a glistening coat of black, blue, red, or fawn, with rust markings. These elegant qualities, combined with a noble wedge-shaped head and an easy, athletic way of moving, have earned Dobermans a reputation as royalty in the canine kingdom. A well-conditioned Doberman on patrol will deter all but the most foolish intruder.

Since the invention of money, one thing has been certain at all times and in all places: The tax collector is never a welcome visitor. In certain precincts of 19th century Germany, the reception was downright hostile. All too aware of this was taxman and dog breeder Louis Dobermann, from the town of Apolda. He hoped to breed an imposing but dependable protector to accompany him on his rounds. Dobermann’s handiwork was a larger, less refined version of the pinscher that today bears his name (minus an “n,” which was dropped somewhere along the way). Historians mention the Black and Tan Terrier (forerunner of the Manchester Terrier), German Pinscher, Rottweiler, and smooth-coated herding dogs among the components of Dobermann’s new breed. The “Tax Collector’s Dog” quickly gained an international reputation as a working dog supreme. Dobes have excelled at police and military K-9 duty, as therapy dogs and service dogs for the disabled, as searchers and rescuers, and in competitive dog sports. During World War II, the U.S. Marine Corps Dobermans of the Pacific won the breed great fame. Twenty-five of these loyal “Devil Dogs” died during the battle for Guam. With their muscular good looks and proud gait, Dobes are consistent winners in the ring. A Dobe named Storm won Westminster’s Best in Show two years running, 1952 and ’53. The Doberman Pinscher came to the AKC in 1908 and has since reigned as one of America’s most popular working breeds.

The appearance is that of a dog of medium size, with a body that is square. Compactly built, muscular and powerful, for great endurance and speed. Elegant in appearance, of proud carriage, reflecting great nobility and temperament. Energetic, watchful, determined, alert, fearless, loyal and obedient.

Feeding an excellent-quality dog food throughout his lifetime is critical for the Doberman. The Doberman puppy should be fed an age-appropriate diet approved by the dog’s breeder or veterinarian. Treats can be an important aid in training, but giving too many can cause obesity. Learn about which human foods are safe for dogs, and which are not. Check with your vet if you have any concerns about your dog’s weight or diet. Ample amounts of clean, fresh water should be available at all times.

Although mostly a “wash and wear” breed, some routine grooming will help to keep the Doberman in optimal condition. A quick going-over daily with a short-bristled brush or a grooming mitt will keep his coat shiny and healthy. He does not need to be bathed often. He should have his nails trimmed at least monthly, and his teeth brushed regularly. The ears should be wiped out carefully every few days—a little baby oil on a paper towel is good for this. Your veterinarian can show you how to clean your dog’s ears to avoid damage and stay on top of potential issues.

The Doberman is an energetic athlete who needs a lot of exercise and free play. A Doberman will enjoy going for long daily walks or hikes with his owner, and having a large fenced area where he can run is vital for his physical and mental well-being. Participation in canine sports such as obedience, tracking, and agility will provide exercise for mind and body and fun times together for dog and owner.

Dobermans are very intelligent, learn easily, respond quickly, and make loving and fun companions. However, they are very strong dogs and can become pushy, destructive, and unmanageable if not raised properly. Socialization starting in puppyhood is imperative, as is obedience training. Puppy training classes are highly recommended as well. It is every Doberman owner’s responsibility to ensure that the dog is raised to be a happy, well-mannered companion and canine citizen. The Doberman should always live inside the home with his people, rather than outdoors.

Although Dobermans are generally healthy, there are certain conditions that the breed is prone to. One of these is bloat, a life-threatening digestive condition that owners should learn the signs of and know what to do should it occur. Genetic health conditions that can affect the breed include hip dysplasia, dilated cardiomyopathy (enlarged heart), von Willebrand’s disease (a clotting disorder), progressive retinal atrophy, albinism, and hypothyroidism. Responsible breeders screen their breeding stock for these health conditions via medical testing. Never purchase a puppy or dog from a breeder who has not genetically tested their breeding stock for these conditions.

The Doberman Pinscher is very sensitive to cold temperatures and is not a dog suitable for outdoor living and why police in cold-temperature areas are not able to use them as police dogs. 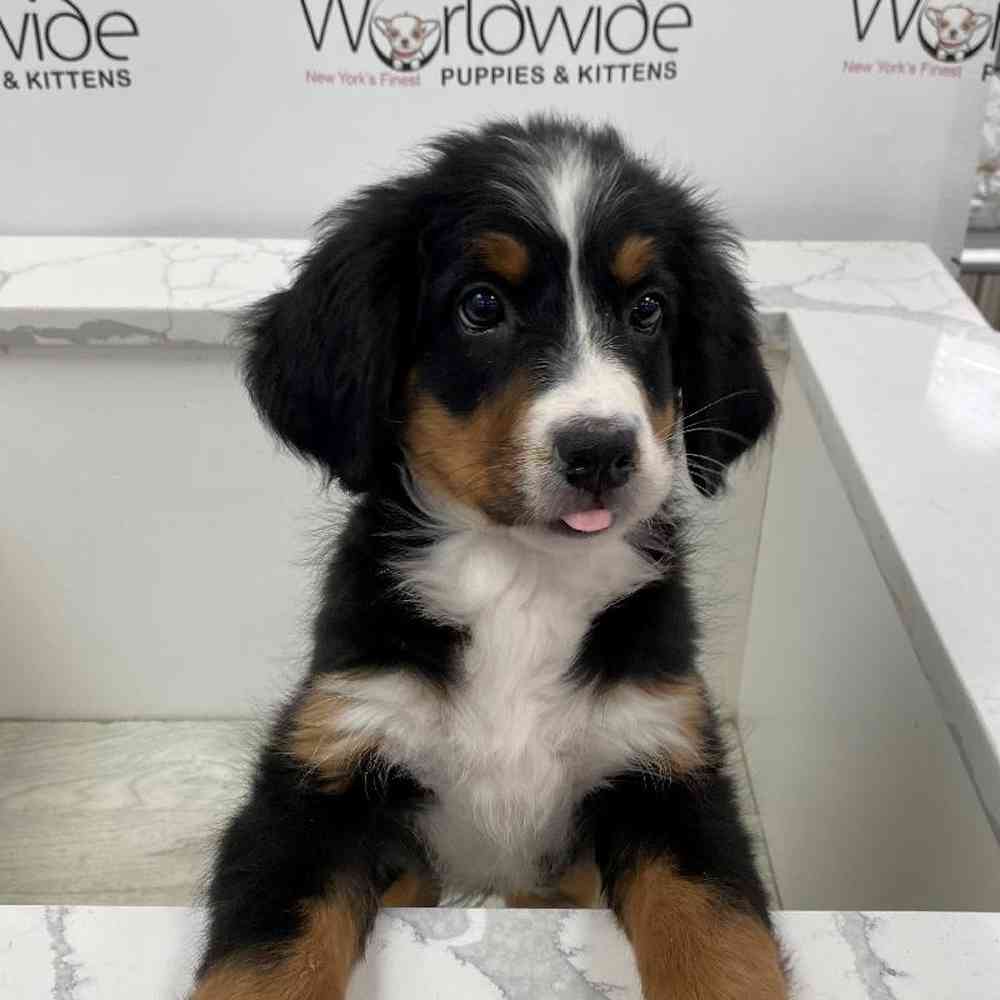 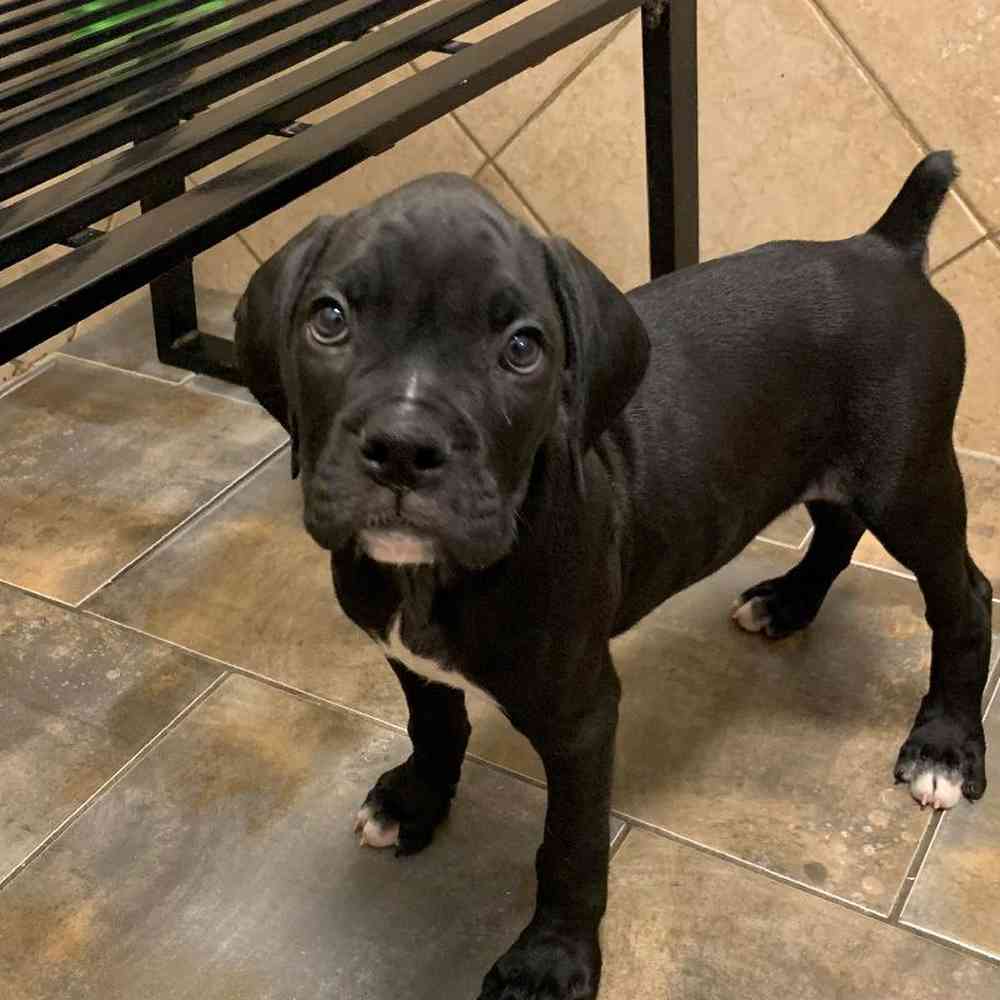 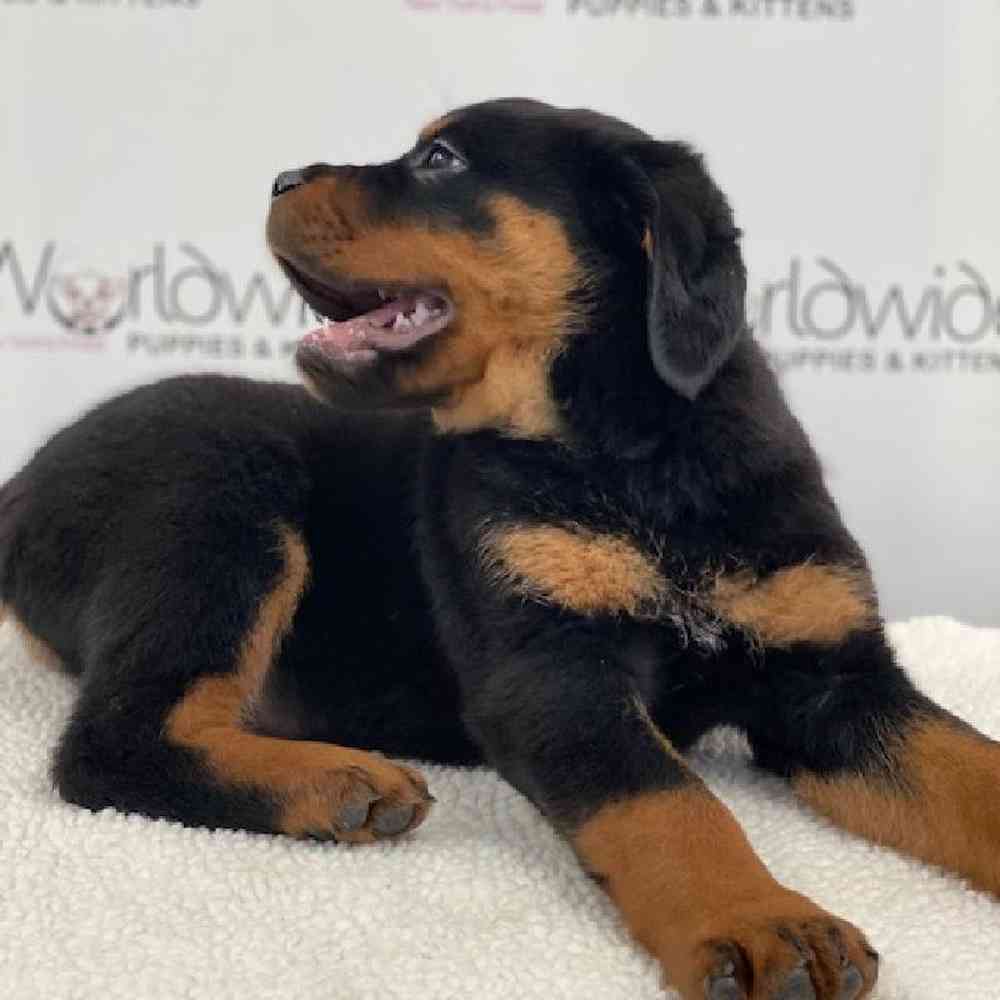 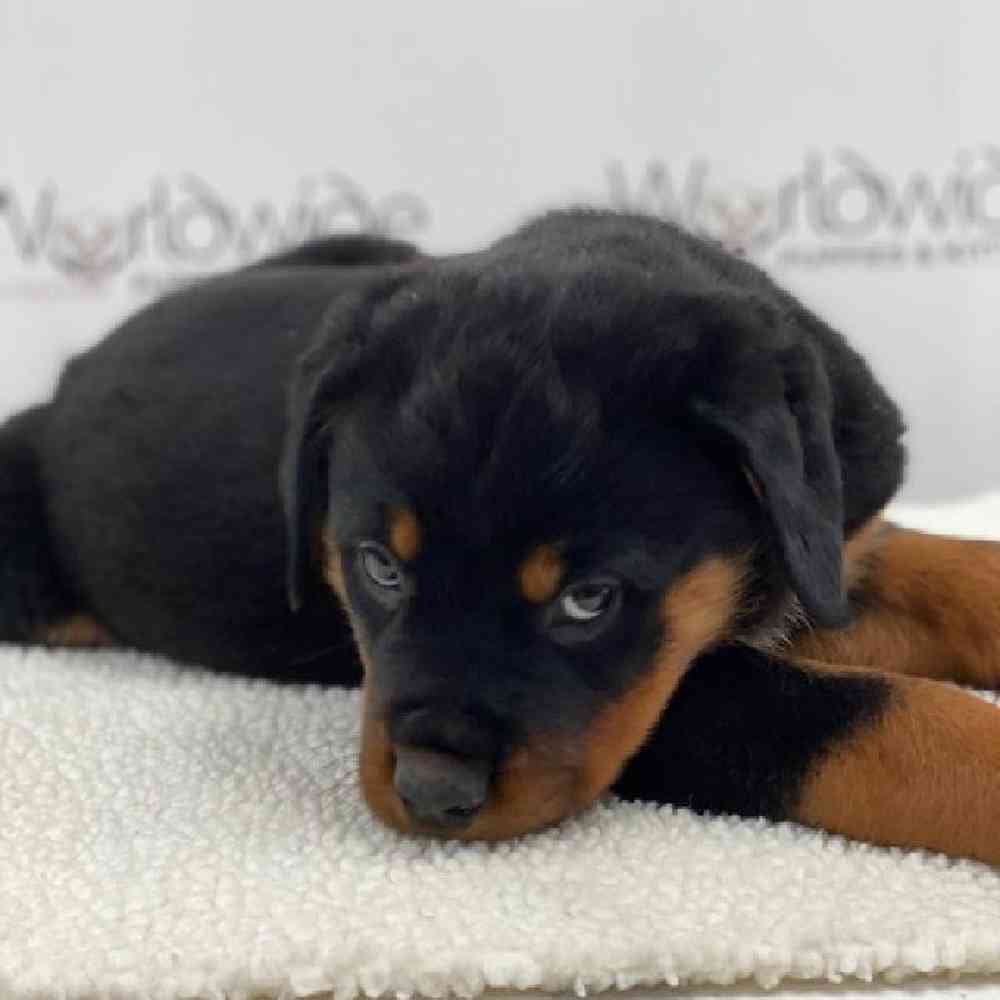